It is with sadness that David Pickup reports the death of OO Terry Christien. David received the rather sad news from John Parslew (1951-61) who attended the funeral.

David writes, "John and his brother Jeremy were long time friends of Terry and they kept in contact after leaving School, meeting regularly for a meal to chat about old times, but John told me that they have not met for some time now.

"Terry arrived at Oswestry School circa 1953/54. He was a couple of years my junior and, like me, was a boarder at School House. My memory is of a fairly quiet boy, but being younger than me I cannot say he was in my circle of friends although I knew him as a fellow member of School House.

"He came to Upper School via the Prep Dept along with Ken Mottershead and others, and I have a photo of him and Ken which was taken on the top paddock in the mid-fifties. 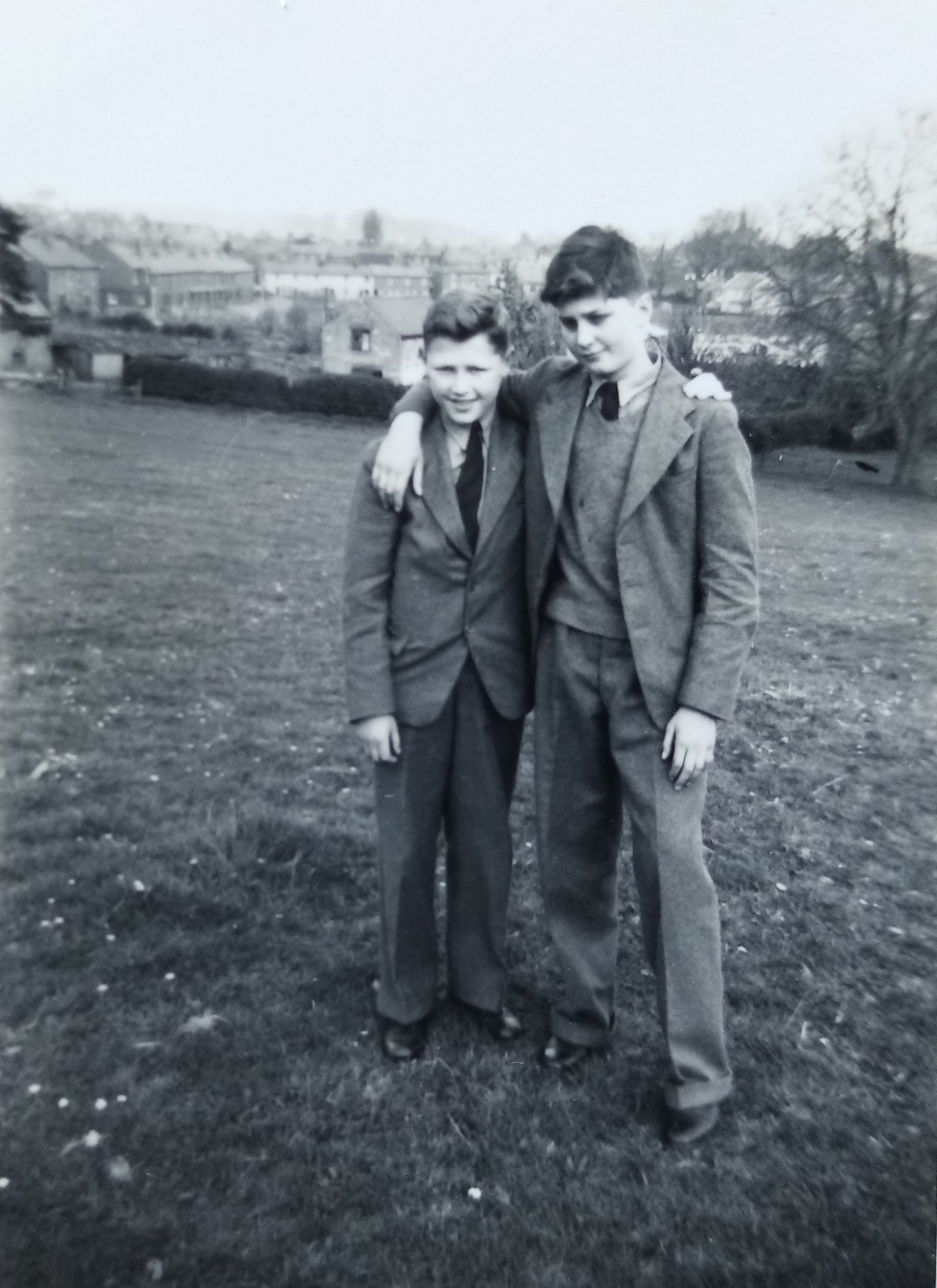 "I do remember that even then he had a talent for drawing and he went on to make his living as a cartoonist/illustrator in the south of England. 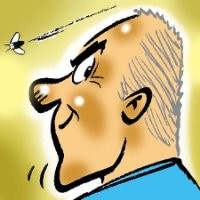 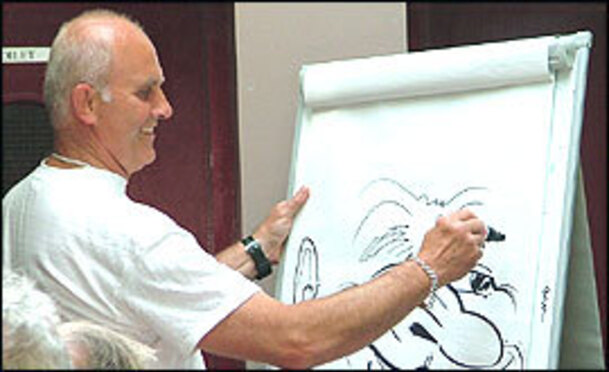 "Once leaving school I lost contact with Terry but met up with him again several years ago at a fifties reunion dinner held at school, which was organised by Roger and Bruce Morgan. He was suffering from Parkinsons, but was soldiering on as he valiantly put it. We were sat at the same table and I enjoyed his company for the evening, reminiscing about our time at school. He remembered events that had escaped my memory and we were several times engulfed in paroxysms of laughter.

"I again lost contact with Terry, but in September 2019 I received one of his cartoon cards, a copy of which you can see below, which really made me chuckle as he had posted it intentionally minus a stamp. The postman laughingly drew my attention to this unfortunate omission by pointing to Terry's depiction of the Queen where the stamp should have been. It made my day! The card was intended for Victoria Evans, but he inadvertantly sent it to my address.

"I had in fact been trying to trace Terry via Victoria, but without success, as he failed to get in touch. He obviously intended to contact me, but something went wrong and I never received the letter/card to which he alluded. 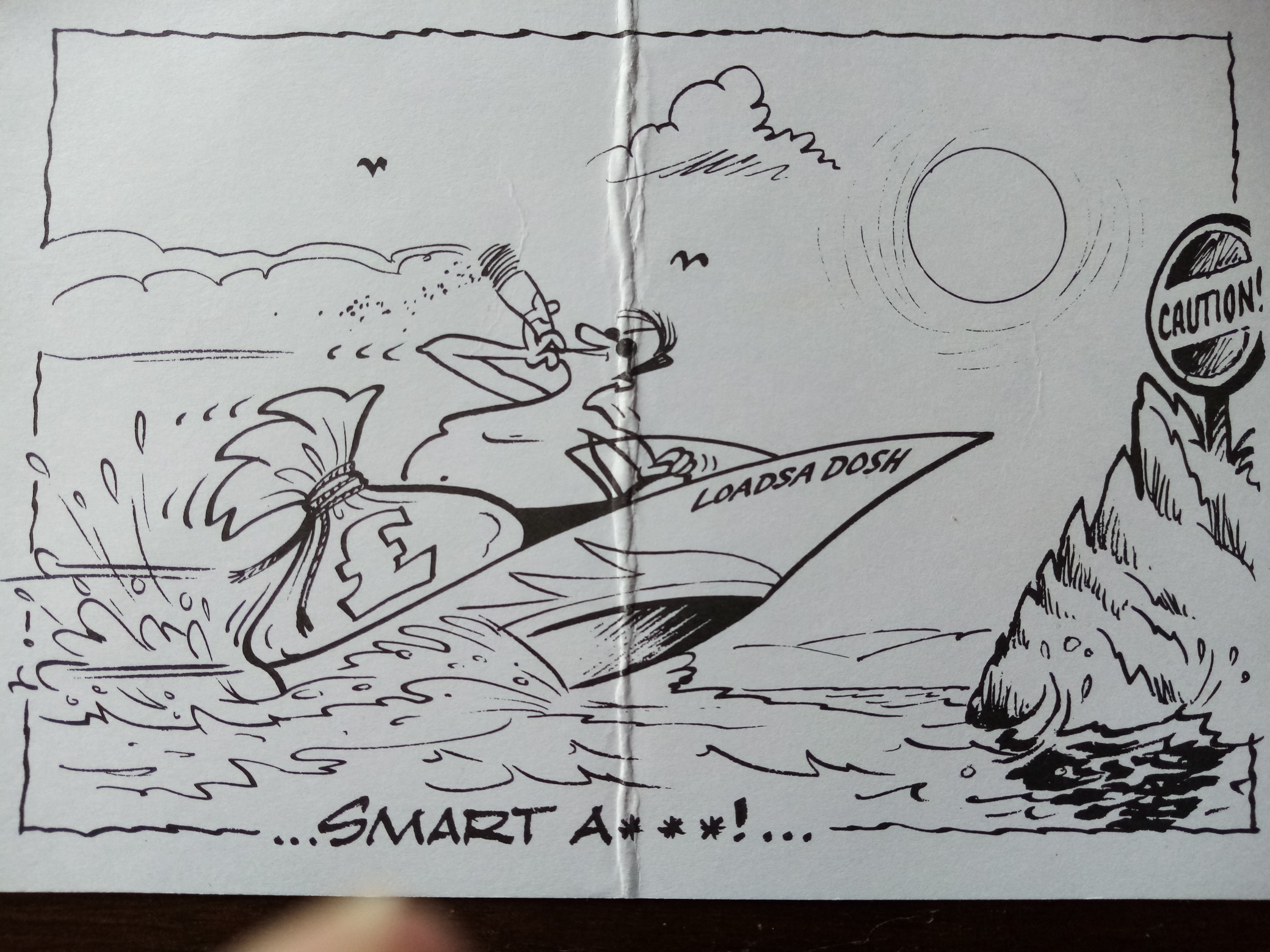 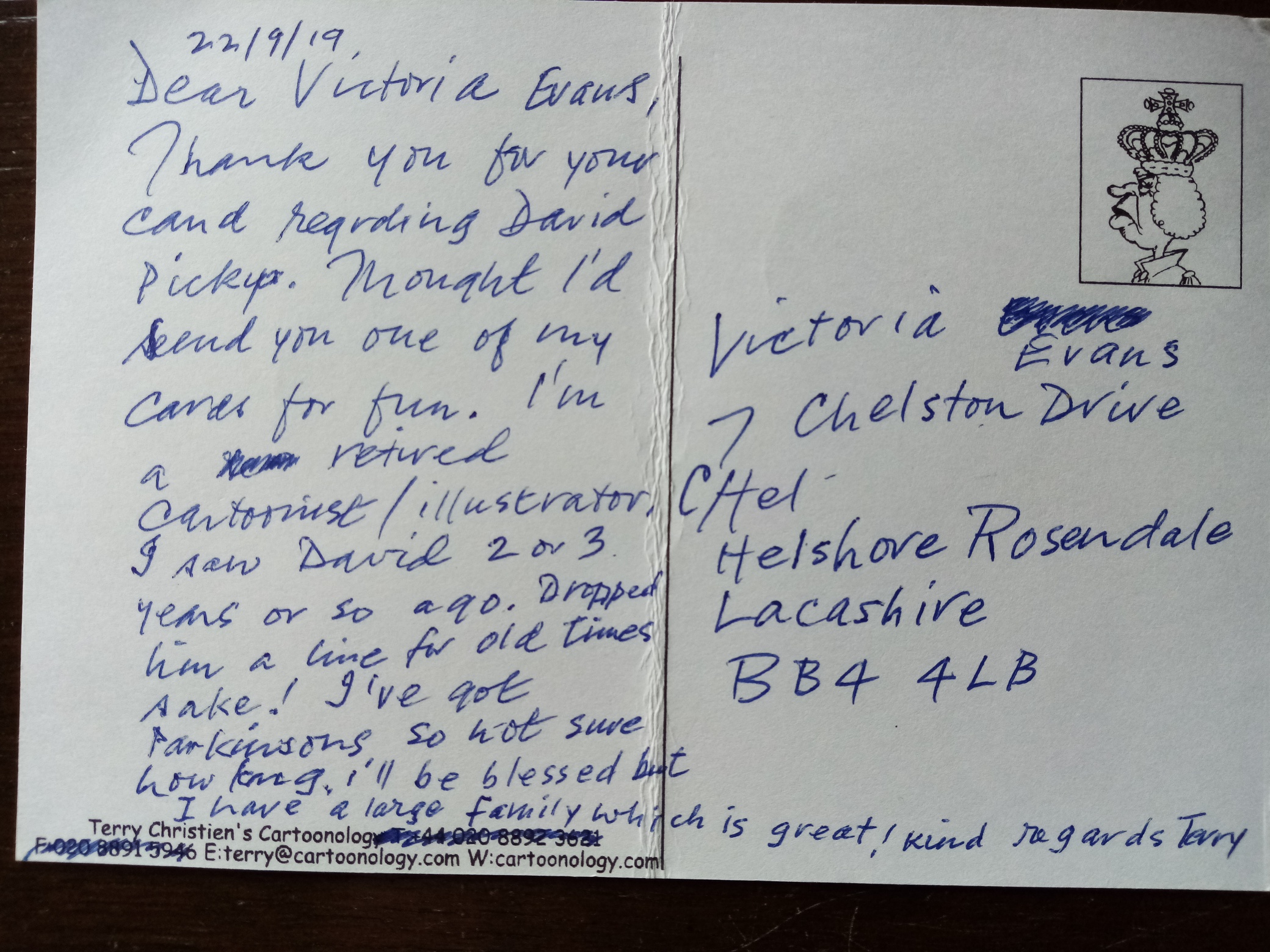 "Much as he was suffering, Terry still managed to retain his mischievous sense of humour as exemplified by his irreverent caricature of the Queen's head on his own postage stamp, and in a former time he would have risked being despatched to The Tower where he might have lost his own head.

"I understand Terry leaves five children, most of whom are girls, and my sincere condolences and deepest sympathy go out to his family. Happily, he leaves a legacy of his work as a talented cartoonist and his humour will continue to be enjoyed for many years to come. It is with sadness that David Pickup reports the death of OO Terry Christien. More... Roger Ward has notified the OOS of the death of Sue Spencer, wife of Dominick Spencer, the first Headmaster at the Quarr… More...