The annual celebration of Founder's Day will shortly be upon us and as Nov 27 draws near, my memory turns to the many weekend reunions I have enjoyed since leaving Oswestry in the summer of 1960. In particular, there is the recollection of my first return to Oswestry as an Old Oswestrian which saw the expulsion of a group of over-exuberant Old Boys from The Wynnstay Hotel! Gathering at The Wynnstay for pre-dinner drinks in 1960

For twenty years and more after leaving school, two of the most important dates pencilled into my diary were the Old Boys' football match, which preceded the Annual Dinner in Michaelmas Term, and Speech Weekend with the OO cricket match and dance in the summer. I was loathed to miss either of these fun-packed weekends which usually kicked off on the preceding Thursday/Friday with a house party where we would be reunited with our circle of OO friends and catch up with local boys and girls whom we knew from our schooldays.

On those crazy, carefree, far-off days a group of us would sometimes race down to Borth or Aberdovey in several cars and spend the afternoon on the beach where we would all play football or cricket and frolic in the freezing water. The boys at Borth Reflecting on the entries I made in my Diary after leaving school in the summer of 1960, my brother and I were looking forward to returning to Oswestry in November/December to catch up at first-hand with all the latest news and gossip about Headmaster Frankland and get a feeling of the general atmosphere at School House by talking to the boys and Masters.

At that time the only means of communication with friends at school was by correspondence and we were kept abreast of developments by this rather slow exchange of letters.

In November, a small group of us paid a flying visit to Oswestry to bid goodbye to an OO who had secured a job that would take him abroad for several years, and as we watched the 1st XI storm to victory over a visiting team on the Maes-y-Llan I made a mental note that we Old Oswestrians could have a real game on our hands in December. Bumping into Frankland on the touchline, he resolutely refused to talk to us, and back at School House after the match we spoke to Stoker who told us that several members of staff were on the verge of leaving because of the deteriorating situation at school, and that even the stalwart Duncan Felton was considering retirement.

As was to become routine for many OOs of my era, we called round to see the Feltons for a cup of tea and a catch-up and it came as no surprise to learn that a wearying Duncan had decided to retire from teaching.

We had initially upset 'Fatty', who was a stickler for protocol, by asking him via George Roberts-Jones, who lived next door, if we could play for the Old Boys in December, but we were redeemed in his eyes when he received our official request by post and he told Bernard and me that he had reserved a place for both of us in the forthcoming match on 10 December.

The weeks flew by and in no time at all we were driving down to Oswestry in Don Berry's car for the Annual Dinner and soccer match. En route to school, the windscreen wipers on Don's car decided it was time to pack up and we arrived late on Friday afternoon just as it began to rain more heavily. At The Wynnstay we met up with a group of OOs and girls who were already well into party mode and having booked a room for Don we went round to the home of George Roberts-Jones, a local Old Oswestrian with whom my brother and I were staying for the weekend. George had organised a party which went on long into the night and Don, having found himself locked out of The Wynnstay at 2am returned to George's where he spent the night on the sofa.

Just after lunch on Saturday we went round to school where we changed for the football match. The Old Boys had a very strong team which prevailed over the School 1st XI in an exciting game and Bernard and I managed to get on the scoresheet. In fact, Bernard scored twice and he was rather miffed when a report of the match stated that two of the goals came via the talented feet of David Pickup......HaHaaaaaa. I wind Bernard up every now and then by reminding him about my talented feet !!!!

After the match, tea was laid on in the school dining room where, yet again the Headmaster snubbed us but we were able to catch up on the latest gossip before returning to George's to prepare for the Annual Dinner which was to be held at The Wynnstay Hotel. The school dining room in 1960

Most of the time the Old Boys' Dinner, which is what it is was known as back in the 1960s and beyond, was held in The Wynnstay, but later when numbers began to outstrip the accommodation the event was held in the more spacious school, in the Memorial Hall.

On the evening of 10 December the dinner went well until Headmaster Frankland got up to speak, at which point some of us who had left school in the summer rose to our feet in protest and made a rather noisy exit from the room. Leaving The Wynnstay we joined several girls at a dance at The Victoria Rooms for a couple of hours before returning to Don's room for a late-night party where we had more of the amber nectar and danced to loud rock music blaring out from somebody's record player.

It was inevitable that this would be brought to the attention of the manager who arrived in the room an hour or so into the party just as an over-excited Old Oswestrian was midst a dive onto one of the beds, and another would-be rock star was caught in the act of ejecting the record player through the open window.

Quite rightly we were all thrown out of the hotel by an enraged manager who threatened to bring this completely inexcusable alcohol-fuelled behaviour to the attention of the police. Thankfully, he had second thoughts and we left the premises in disgrace along with the luggage of those who had rooms in the hotel. That night George's house was bulging at the seams with refugees from The Wynnstay!

However, the partying was not quite over as somebody suggested a mad race up to the school where we gathered en masse under the trees on the quadrangle to sing carols and throw bangers and other fireworks at the dormitory windows. We were all tucked up in bed safely by 4am. The calm after the storm on the quad

Sunday morning saw us up early and ready for more action. Someone cheekily suggested we should meet for lunch at The Wynnstay, but thinking better of it we contacted several OOs who had escaped being expelled the night before and a group of us, including girlfriends, set off for Llanarmon where we had a delightfully extended lunch at The West Arms.

Diary entry 11 December,1960: The morning after the night before! 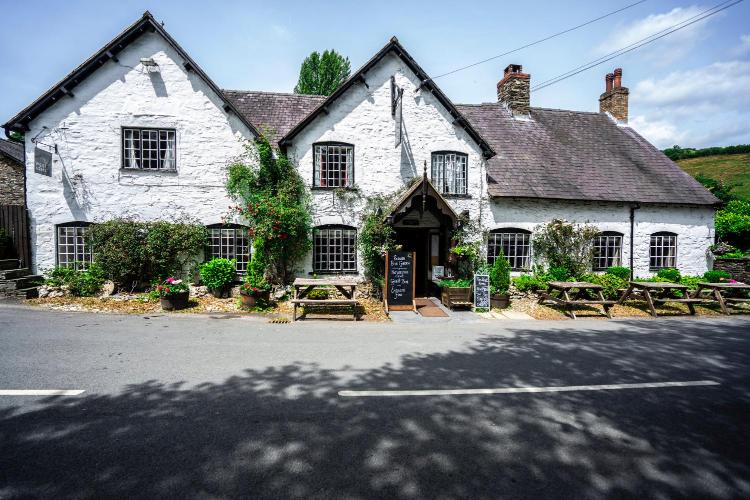 Don wanted us to leave the lunch party early in order to get his windscreen wipers repaired for the return journey home, but fortuitously for us Tony Burton, who lived nearby in Lancashire, kindly offered us a lift home and we were able to stay until the group broke up later in the afternoon.

All things considered, the weekend was a great success.

My next visit to our Alma Mater would be Speech Weekend 1961 and this will be the topic for my next article.