In the late autumn of 1961 Lake Windermere and its surroundings was the perfect backdrop to a fun-packed few days for a group of about sixteen Old Oswestrian rookie sailors. The northern branch of the OO Society was slowly getting into its stride, and a small back room at The Two Tubs Inn, Bury, was the hub of the organisation in the early sixties.

It had been Tony Furnival's proposal for a rather different social gathering which would take the form of a sailing weekend in the Lake District and we were due to put the finishing touches to the plan on 3 October. Months earlier Tony had broached the subject and we began to canvas OOs to gauge the amount of interest. The idea had been well received and nine days prior to the sailing weekend Don Berry picked me up from work in his car and, following tea at his place, we headed off to The Two Tubs with Tony Burton where we finalised arrangements with several other Old Boys.

Unfortunately Tony Furnival, the architect of the event, was unable to make it, but we went ahead with the meeting amongst much excited chatter about the forthcoming adventure. Hardly any of us had been under sail before and the prospect of being with a group of OOs out on the waters of Windermere surrounded by those glorious hills was very appealing. 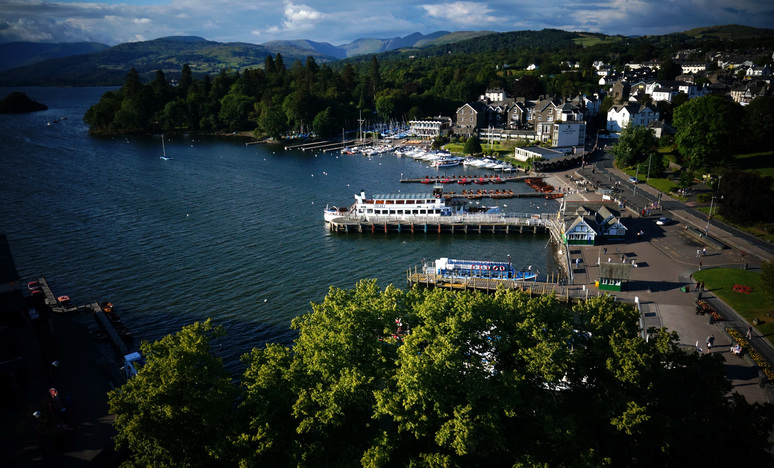 The advance guard of Mike Prestwich, Furnival and others arrived at Bowness early on Friday to collect the fleet which consisted of a cabin cruiser and two yachts. These were then sailed a short distance down the lake and moored off Storrs Hall which was the assembly point for the sailing party, and a possible venue for lunch on Sunday. This magnificent old hall was built in 1790 and William Wordsworth once famously recited his poem 'Daffodils' in the drawing room to assembled guests. 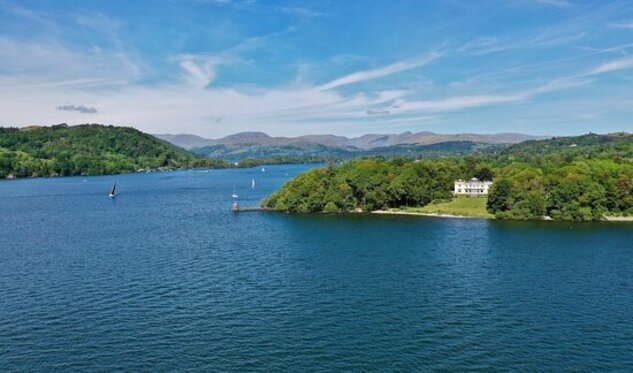 Storrs Hall, the focal point for the weekend.

The scene was thus set for the fun and games to begin and the first two old boys to arrive during the afternoon had an unwelcome surprise in store for Tony; once they had handed over their payment for participation in the frolics to come they announced that they would not be staying, but were on their way to Blackpool to meet some friends! We were all rather shocked and disappointed by this announcement as it was definitely not in the spirit of the weekend and their places could easily have been taken by boys who genuinely wanted to be a part of this reunion of old friends. The phrase personae non gratae springs to mind and they were mentally sent to the naughty corner.  Dai Lewis (our Latin Master) would not have been pleased, but happy nevertheless to note that I have used the correct Latin plural.

Meanwhile later that day, further south in Lancashire, Bernard, myself, Tony Burton and Don Berry were late setting off from Whitefield to join the party as Burton had been unavoidably delayed. It was 8 pm before we were underway in Don's car, eventually reaching Storrs Hall several hours later only to find it shrouded in a blanket of thick fog.

By the time we found the flotilla, which was moored up adjacent to the long sweeping approach to Storrs Hall, the party was in full swing and we were drawn to the boats by the raucous laughter and sounds of general merriment wafting towards us through the dank, foggy atmosphere.

About a dozen boys were already assembled on the cabin cruiser in various stages of inebriation and hot dogs were being used as projectiles; Col Smith was seated quietly, almost serenely in one corner, gently strumming his guitar oblivious to the surrounding chaos, with an exotic looking cigarette dangling casually from his lips, whilst joker Jimmy Sharples stuffed the remnants of his hotdog into the soundbox of Col's acoustic guitar. Half empty beer bottles littered the tabletops and several empties had made their way to the floor, but as yet not one of the assembled crew of increasingly merry matelots had found his way under a table to accompany the empties, although they all had yet to discover their sea legs.

This was the jolly scene before our eyes as we stepped aboard what was to be our home for the next couple of nights and I mused to myself that the portents looked good for the weekend. We were given a warm welcome by Tony Furnival and the rest of our shipmates, all of whom I remembered from school before settling down with a beer in one hand and a hot dog in the other. Joining in with the singing we exchanged news and gossip far into the night as stragglers arrived in dribs and drabs. I cannot be sure of the final complement, but it must have been between 16 and 20 and I have posted a list at the bottom of the page of those I recall being present.

As time crept into the early hours the happy contingent gradually dispersed in twos and threes to their sleeping quarters and we four remained on the motorised sailing boat drinking and discussing the events of the day. 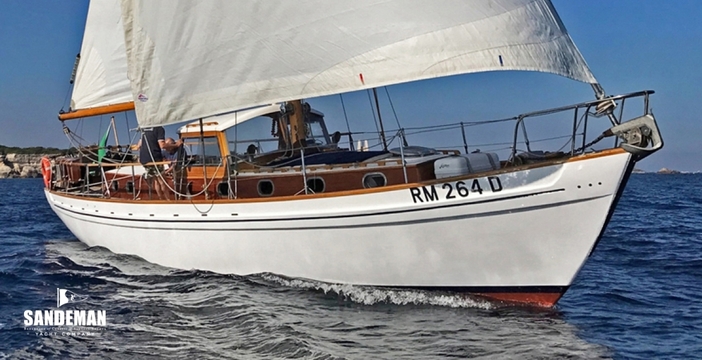 Typical of the boats we used during the weekend

As the alcohol slowly began to take over our senses we entered into 'prank mode' and started to discuss practical jokes. Eventually, after a lively debate on the merits of various pranks, we decided to liberate the other dinghies from their rightful owners and towed them back to our boat in the inky darkness of the night effectively marooning the occupants onboard their parent ship. The accompanying cacophony of discordant snoring had us in fits of giggles and Don almost fell into the water as he playfully tried to board my dinghy.

Back onboard the lugger it was time for more beer and hot dogs, and before long someone had the not-so-bright idea of having a race in our newly acquired dinghies. Jumping into one of the dinghies I rowed off with Don and Tony in hot pursuit (photo below). 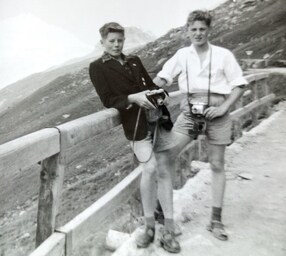 In the pitch blackness I soon found myself in trouble, lost and disorientated in a thick bank of mist, and separated from the others with no idea which way to go. It was at this point I regretted not having brought my compass with me since I knew that Bowness and Storrs Hall were situated on the eastern side of the lake.

Fortunately there was a powerful searchlight on the boat and Don and Tony helped me to find my way back to safety. Breathing a sigh of relief I clambered on board, thanking them profusely as I had half prepared myself for a long, cold night on the open water.

After all the excitement we eventually battened down the hatches at about 3.30 am and slipped off into a deep sleep wondering what tomorrow would bring as we explored the lake.

To be continued. In part 2, Saturday, the excitement continues with the day ending in a brawl.

The following is a list of some of the people I recall being present that weekend: