David Pickup recalls David Edwards, and although five years his junior DP remembers David Edwards, who also boarded at School House, as a likeable, cheeky individual with a mischievous personality. We had not been in touch since leaving school and when I read on Oswestry Connect that David, whom I had known almost a lifetime ago, was holding an exhibition of his artwork at Whitewall's Gallery, Chester, I decided to try and contact him via the gallery.

The talented artist had always wished to follow a career in painting and writing but it was not to be, and having accumulated many paintings over the years in pursuit of his hobby this was an ideal opportunity to display his talent.

I caught up with David at the Chester art gallery just as they were putting the final touches to his exhibition of paintings linked to prose. Our last conversation had been well over 60 years ago, but the years just melted away as we delved briefly into shared experiences from our schooldays. I wished him luck with his forthcoming exhibition and we arranged to contact one another in a couple of days for a longer chat. 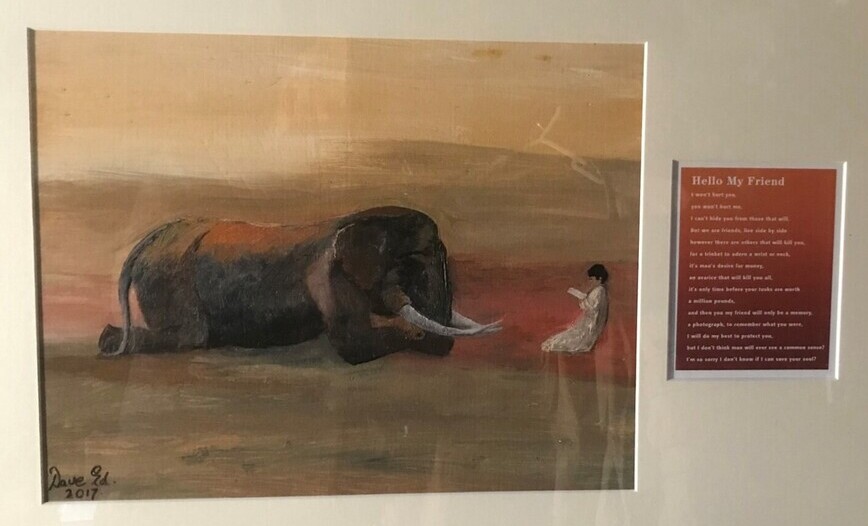 I then called John Robbie, OO, who lives only a couple of miles from Whitewall's Gallery and alerted him to the fact that David was exhibiting some 30 paintings in Chester the following day. Proudly wearing a light jacket bearing the school crest, John, accompanied by his wife Doreen, went along to see the action and say hello. David soon spotted the School Crest, and the photograph below of the two of them together tells its own story. 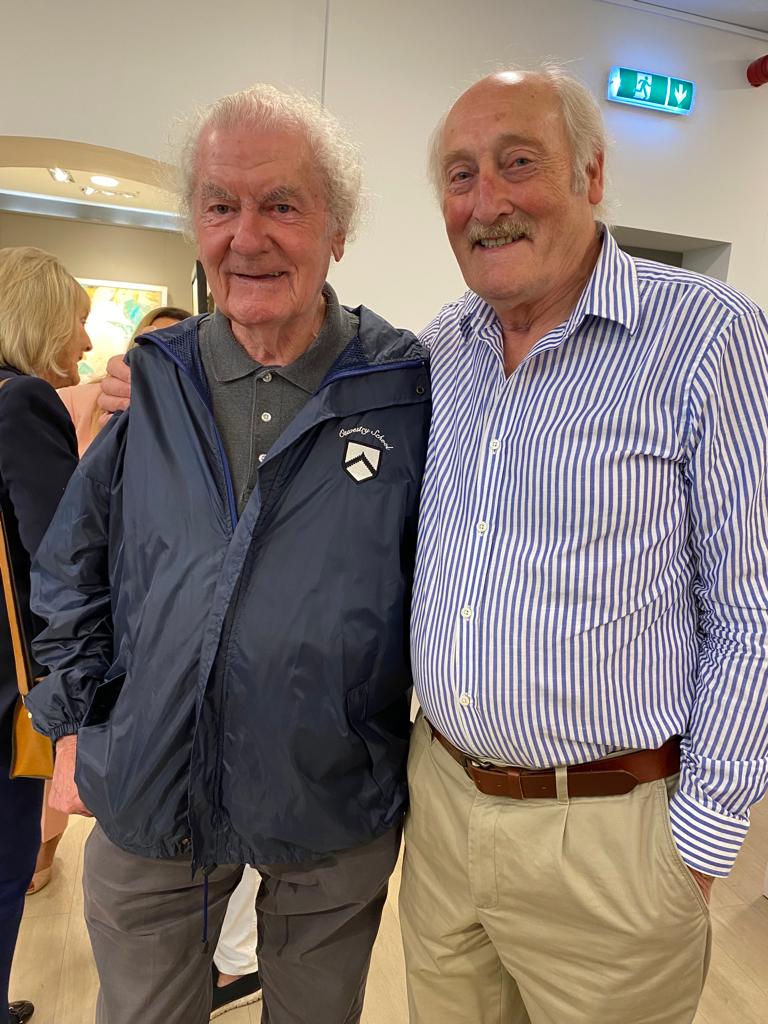 Unfortunately I was not able to go and view the exhibition, which was well attended, but Victoria Evans popped in to lend her support on behalf of the School. David gave a short speech explaining what he believes to be the uniqueness of his artwork whereby the accompanying prose speaks to the painting, and his exhibits were well received by the visiting art lovers. 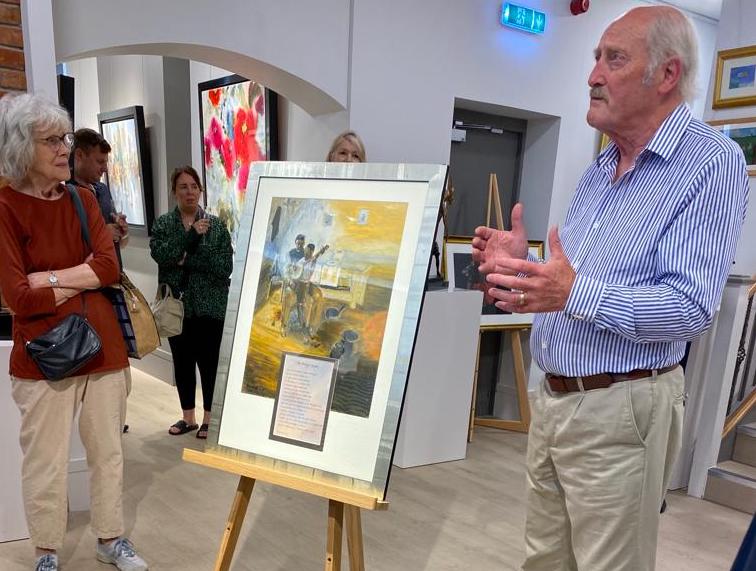 Several days later I rang David to find out how the afternoon had gone and I asked if he had sold any of his work.

Chuckling to himself he explained that when a prospective buyer had enquired about the cost of a painting he liked, David had said that £500 would cover it. Having stated emphatically that he would not pay the asking price, to David's complete surprise and delight, the gentleman promptly wrote out a cheque for £2000. It was not the only piece of artwork that was bought during the two hour exhibition and David seemed genuinely pleased with the outcome. Perhaps this could be the start of a second career for the likable David Edwards, OO! 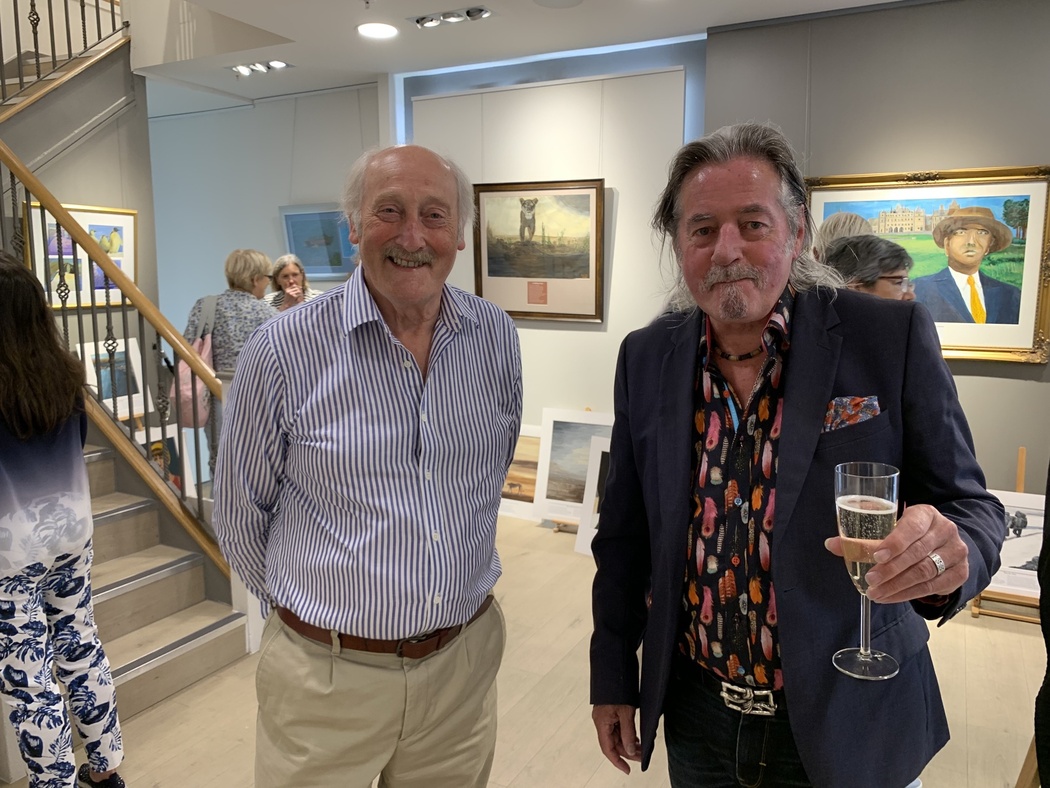