Speed in one form or another combined with more than a little thrill-seeking became an integral part of Tony's life after he left Oswestry in 1960. No doubt attracted by speed Tony had always yearned to join the RAF, but under pressure from his parents not to join the Service he was dissuaded from doing so and remained at home helping out on the family farm. 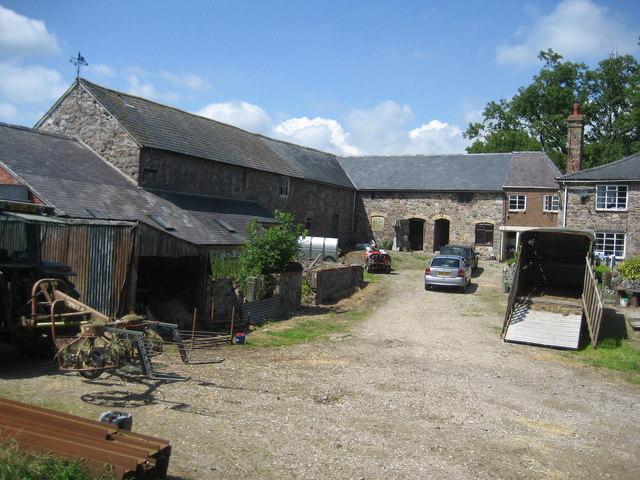 As I look at this photograph of Ty Canol memories of happy Sunday afternoons spent with Tony and his family come flooding back in waves. An early indication of Tony's love of speed became evident during a hair-raising ride back to School one weekend when he vowed to get us back in time for a second tea. Having piled into the car we were all thrown back into our seats as Tony quickly let out the clutch and set off at high speed on the three and a half mile journey to Oswestry. I gripped the back of the seat all the way to School but unfortunately we missed a second meal by minutes. The teatime bell was already ringing out as we screeched to a grinding halt on the quadrangle and, quite frankly, I was just pleased to be there in one piece! With adrenalin still pumping through our veins, Bernard, myself and Jack 'Grevo' Greves laughingly bade farewell to Tony and, as solace for missing out on more food, we sought out our elicit stash of beer which was hidden away up in the Dingle. 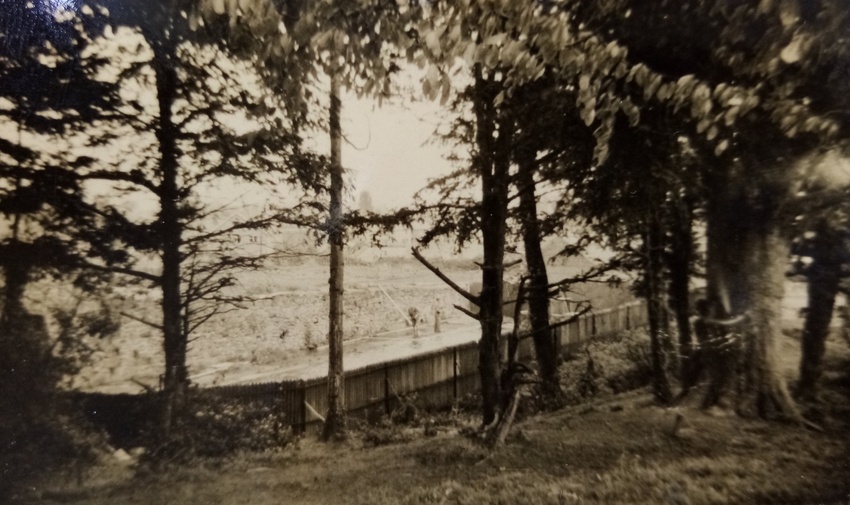 The Dingle with the open air swimming pool in the background

In 1961 Tony went to Harper Adams Agricultural College where he obtained a number of qualifications including a Diploma in Dairying. When his brother Roy left school a couple of years later it was suggested, rather ironically, that Tony might like to get a job of some sort as long as he could still help out with the daily milking.

This went down like a lead balloon with Tony in light of his earlier wishes to join the RAF but, as he commented sardonically, "In those days one did as one was told", and he dutifully obtained a sales job in the Dairy Industry combined with milking back on the farm.

Tony stuck with this job for several years and in 1965 he married a farmer's daughter and went to live in Ellesmere. It was during this time, in the early part of the sixties, that simultaneously with pursuing his athletics career Tony became involved in motorsport. This adventurous thrill-seeker had always been drawn to fast cars as I was reminded several years after our earlier mad dash to school, during an even crazier sixty mile white knuckle race with other Old Oswestrians over one Speech Weekend circa 1963. It was the last time I would ride as a passenger with Tony behind the wheel and I vowed never to get in a car with him again! Another of the mad-cap Old Boys taking part in the race to the seaside town of Borth that day was a certain Roger Howell. He, Tony, and Tony's brother Roy would later team up together in various rallies and other racing events. Early in the 1960s Tony's interest in motorsport began to develop when he, along with another speedmerchant, Richard Jeremy, spent many weekends at Snetterton Race Circuit in the Formula Junior race training school under the tutelage of Jim Russell, subsequently competing in races at Snetterton, Mallory Park and Oulton Park in Cheshire.

An extract from my Diary of Sunday, 15 July 1961, reminds me of a fun-packed Speech weekend which ended in an exciting late afternoon race from Oswestry to Chester during which I was riding with Richard 'Jerry' Jeremy in his supercharged Renault, and at one point my eyes were drawn towards the speedometer whose needle was quivering around the 95 mph mark. The other participants in the race were George Roberts-Jones and Tony Hughes!

By 1966 Tony had become disenchanted with a poorly managed Dairy Company and it was suggested to him by the local police who were aware of his racing/rallying skills that he should join the local Shropshire Constabulary where he could drive fast cars at their expense. This sounded a good idea so Tony parted company with his sales job, duly applied for, was interviewed, and accepted as a police officer on a salary of £880 per year. In those days petrol was only 3/6 per gallon (approx 17p in today's money).

The fully fledged Police Officer was soon sent to Coventry (for training that is) and three months later he was let loose to do battle in Shrewsbury. More training followed in the Traffic Department and several years later after having qualified top of the Advanced Driving Course and yet more training at Stafford Advanced Driving School, Tony became a fully qualified Advanced Police Driving Instructor.

Tony remained in the Traffic Department until the end of his service during which time he enjoyed driving a wide variety of fast cars from Minis to Jaguars, BMWs and motorway patrol Range Rovers.

Simultaneously with chasing the criminal fraternity up and down motorways, Tony, along with Roger Howell and Roy, was slowly building a reputation on the rallying/racing circuits.This blossoming partnership was proving to be very successful as over the four years of competition they were never out of the top 10. In 1964 Tony and Roger took part in the Welsh International Rally and brother Roy was Tony's navigator in the International Caravan Road Rally during which they beat well-known experienced drivers such as Pat Moss in her works-prepared Saab and Michelle Mouton, the French ladies rally champion. Based at Mallory Park and Silverstone the rally involved racing around the Brecon Beacons and back, day and night through Welsh forests, concluding with pedal to the metal speed and manoeuverability tests at Silverstone where they achieved speeds up to 118 mph around the famous racing circuit. To quote Tony, "It was amazing fun", and he was fully in his element thoroughly relishing all the thrills and spills of competition.

Too much time sat behind his desk (the steering wheel), gradually took its toll on Tony's once finely honed physique, and when fastening his shoelaces became a problem action was needed to reduce his weight and he took up refereeing. By officiating in several OO matches over a short period of time, in addition to enjoying refereeing, he managed to shed more than two stone and his weight dropped to 13 stone. Job done!

Having completed his police service the ex-policeman returned to his roots opening Saddlery and Country Clothing in Oswestry and Welshpool and in addition went into business with his father and brother manufacturing sheep handling systems etc. During the eighties he and his family became fairly heavily involved with Pony Club and hunting, even to the extent of stabling a number of horses.

Looking for yet more adventure and maybe as a substitute for not having been able to join the RAF after leaving school, Tony bought himself a hot air balloon from the Oswestry based Thunder and Colt and regularly took to the skies over the Shropshire and Mid Wales countryside, even launching from the Maes-y-Llan on a couple of occasions. In 1999 Tony moved to Dorset where he obtained a job as Production Manager in a family owned furniture factory whose turnover rose from £3m to some £9m by the time of his retirement in 2008. Pursuing his new found interest in ballooning Tony joined five friends in a venture organising annual Hot Air Balloon Fiestas, nationwide, from Southampton to Aviemore.

Playing on the farm as a ten year old boy Tony had unearthed a jar of 1797 George III two pence coins which sparked a lifelong interest in coin collecting and dealing, and his main collection dates back to Roman times. These days he attends several Collectors' Fairs per month wheeling and dealing in coins.

Tony currently lives in quiet retirement on the southcoast of Hampshire with views over the Solent towards Cowes and the Isle of White. The irony of the situation has probably crossed Tony's mind that the young boy who once harboured an ambition to join the RAF is now, in the autumn of his life, living virtually on the end of a small airfield called Daedalus (in Greek mythology Daedalus was the father of Icarus), where he watches, somewhat reflectively perhaps, as little aircraft fly in and out all day. Each year Tony travels North to his roots in Shropshire visiting family and friends. 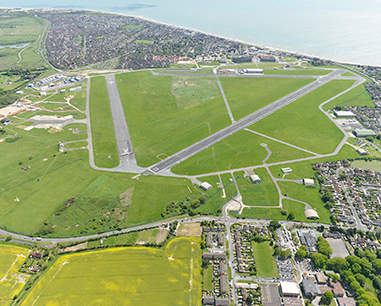 Sadly, in his youth and at the prime of his life, he was denied the chance to go for gold in the Olympic Games of 1964, but perhaps Tony will finally unearth a pot of gold at one of the monthly Collectors' Fairs he frequents.