Many interesting and talented Oswestrians have passed through the impressive white-pillared entrance to Oswestry School, going on to achieve success in wide-ranging fields of activity. Tony Hughes was a friend and classmate throughout my time at Oswestry and he was gifted with a special talent that began to blossom during his time at school.

Tony and his brothers were born into a local farming family steeped in the history of Oswestry School as both his father and grandfather had been pupils. Throughout his life after leaving school Norman T Hughes, Tony's father, maintained close links with the School. He became an official of the Old Oswestrian Society and then later, as a Governor, he was a prominent member of the body that helped to organize the visit of HRH The Duchess of Kent in 1957. 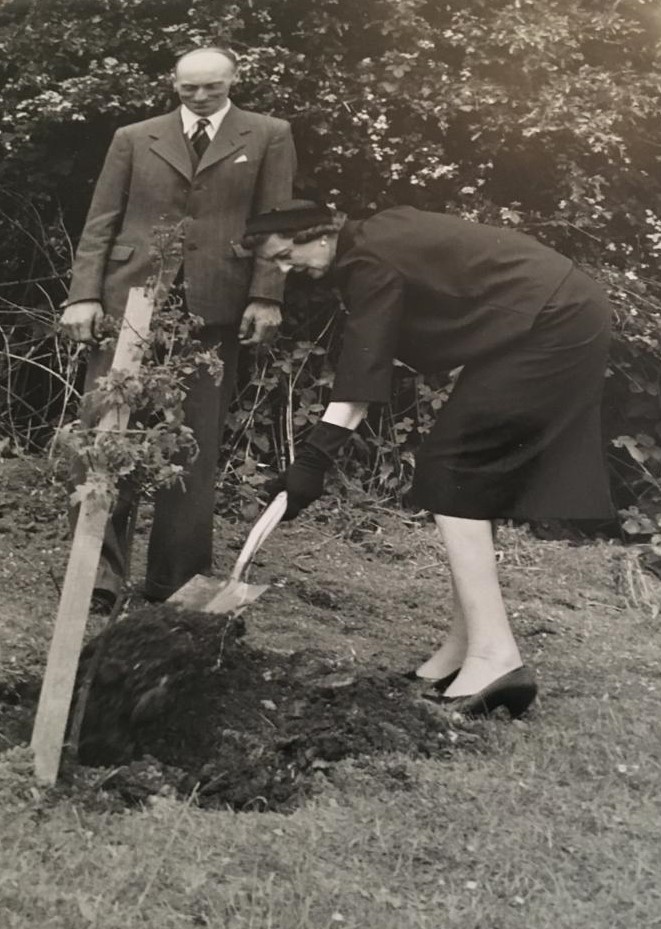 Unlike his sons I don't think that Norman was particularly sporty at school, but he did play cricket and told Tony that in his youth he had the ability to throw the cricket ball a long way. No longer included in the events, the annual 'cricket ball throwing' competition was once a traditional and popular part of Sports Day and in his time Norman was pretty much invincible. 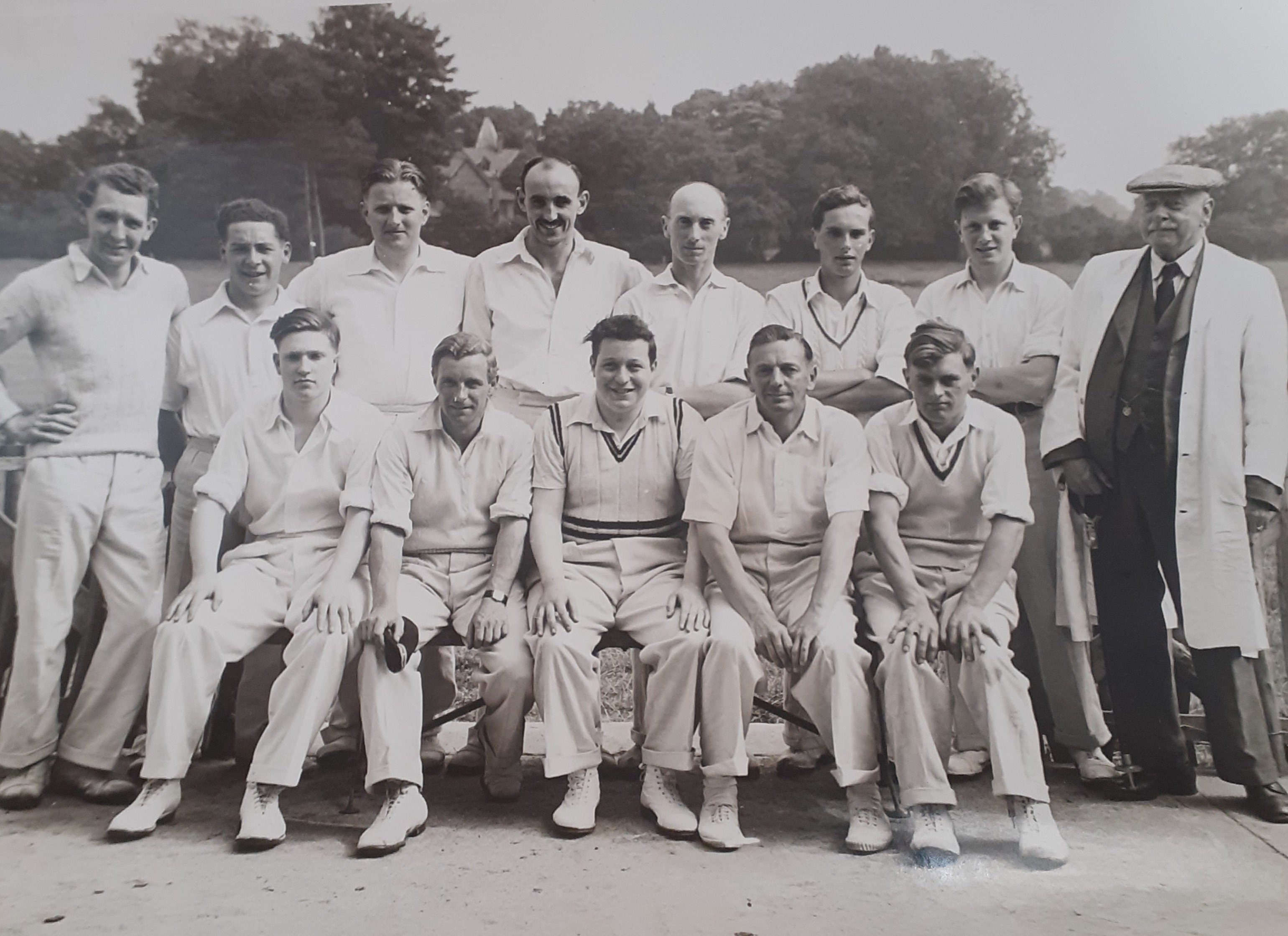 Sporting talent has trickled down through the Hughes gene pool and not only was Tony a triple winner of the Victor Ludorum, but his brother Roy also won the coveted trophy several years after Tony's departure from school. Moreover, bringing us up to date, yet another member of the clan, grandson Conner Hughes, upheld the family tradition by carrying off the cup as recently as 2014. 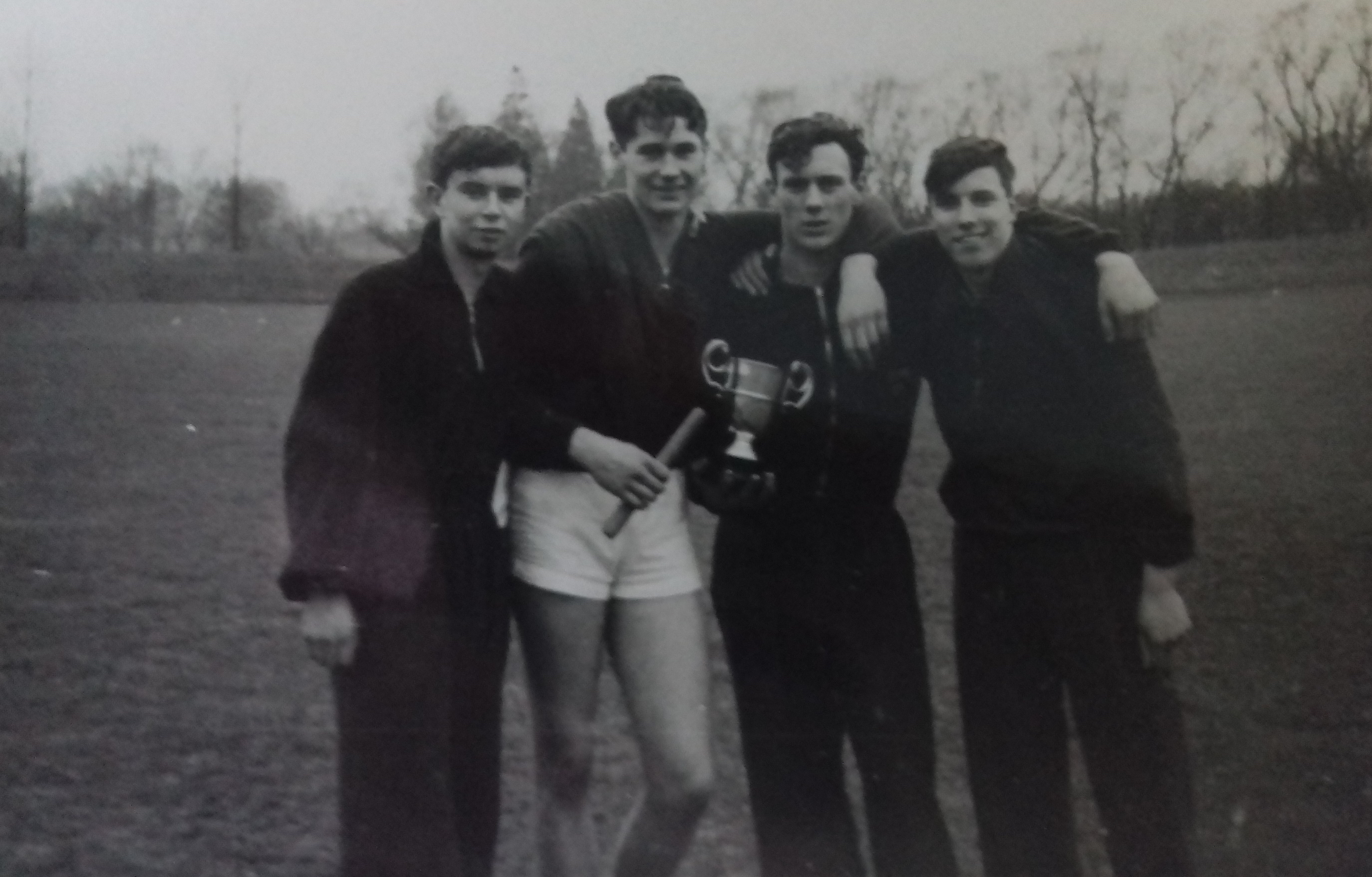 Those of us who competed with Tony, our Captain of Athletics, for track and field honours at Oswestry in the late fifties were well aware of his talent, but it was not until after leaving school in 1960 that Tony became much more serious about his athletics career. 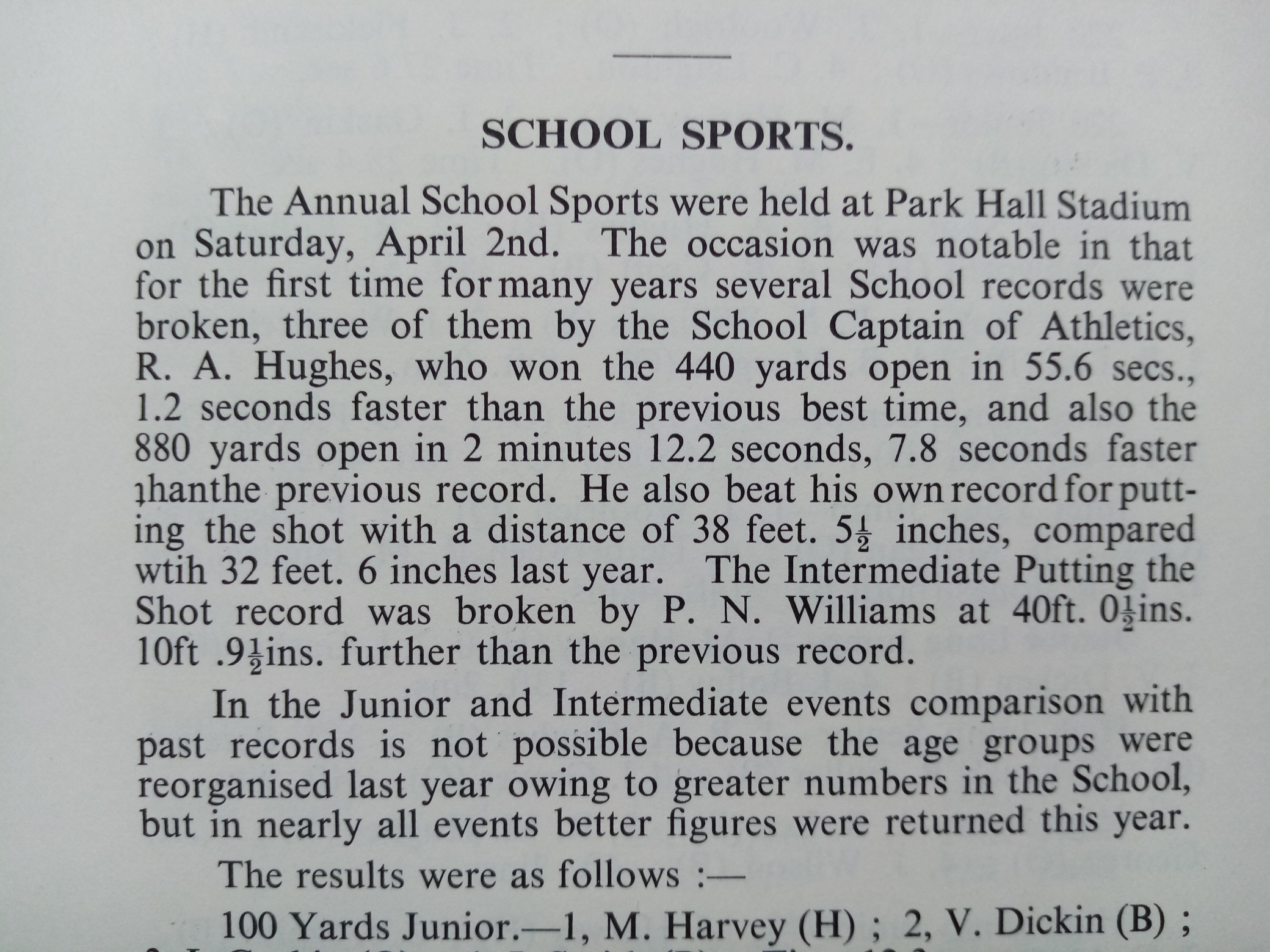 Excerpt from The Oswestrian, Lent 1960

The above clip is self-explanatory and a paragraph taken from School Notes of the Michaelmas edition of the same magazine went on to extend congratulations to RAH for his athletic achievements outside of school during 1960 (see below). 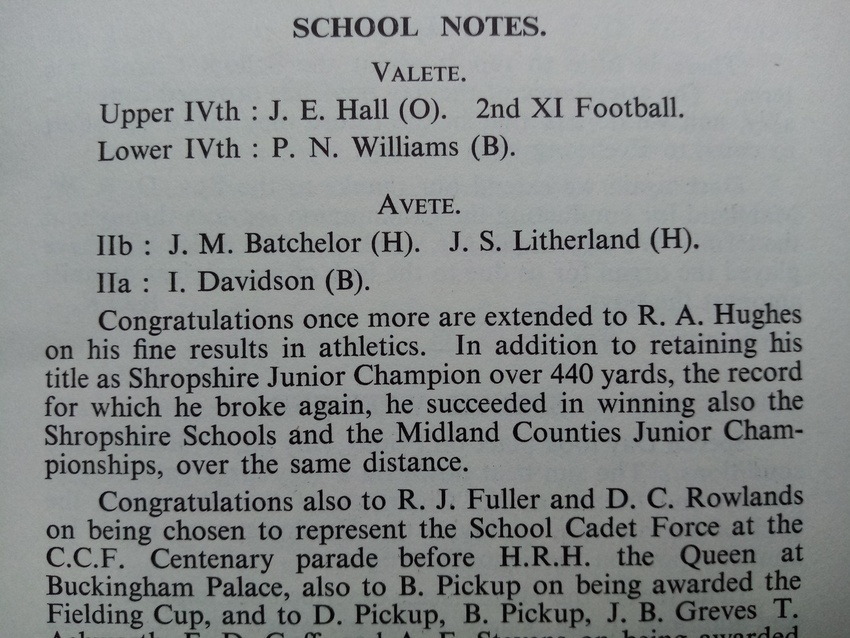 Beyond this, few Old Oswestrians will be aware of Tony Hughes' ambition, post-Oswestry, to join the British 1964 Olympic team in Tokyo.

During the course of a conversation with Tony in 2020, I asked him to forward some details of his life, post-school, with particular reference to his athletic activities, and I feel I can do no better than let him speak for himself, and in this copy of an email he sent me he speaks of his ambition to be part of the British effort in pursuit of medals at the Tokyo Olympics of 1964.

"After leaving school in 1960 I continued to compete in athletics joining the then fledgling Oswestry Athletics Club who used to compete on the Boys' Modern school track adjacent to Oswestry School. We used to compete against various clubs including Bangor and Aberystwyth  Universities and in whatever event to make the team up.

"All the home and county events were contested, usually winning the qualifying events towards the West Midland and further to the Midland and National Championships.

"A National Cross Country event of 11 miles was held in Melton Mowbray, I think in 1961/2, where some hundreds of athletes competed. I can remember running alongside Derek Ibbotson on the second lap when he gave up because 'he was not fit enough to continue'. We had a long chat in the changing rooms after the race. Two or three months later he broke the indoor 800m world record track event at Cosford.  I finished 15th in the Cross Country.

"Over the next three years I concentrated on my best event, the 440yds, and during that time ran against Robbie Brightwell who represented UK in the European Championships and at the Tokyo Olympics.

"During those years I ran against Robbie on four or five different occasions and was succesfull in winning every time.

"But it appears that I was in the wrong club at the wrong time as I was never invited to represent the UK. Robbie won Silver in Tokyo in the 400yds relay.

"Following his selection the following was printed in various news outlets:

'A chorus of omitted athletes raised merry hell providing the press with a wealth of protest stories. In my opinion (wrote the journalist),
athletes who were still injured had been picked whilst alternative candidates who were reaching top form had been ignored. Also complaints abounded that regional bias within the selection panel had influenced decisions.'

"I was one of that chorus but to no avail.

"I do not blame Robbie for the outcome, it was not of his making, we were all trying to get in the team and we all got on well together.

"One event was held at Shrewsbury School. It was a relay meeting involving clubs from all over. I was running the last leg of the 4 x 400m for the Oswestry Club and Robbie was on a similar mission. When it came to our turn to compete, Robbie had a 3m advantage on me. I won by 2m (approx.).

"That is why I was a bit miffed about not being selected for the bigger events.

"I then took to motor rallying, not so energetic! But that’s another story.

"I also took up football refereeing in an attempt to lose weight whilst working sitting on my backside in a Police patrol car all day. And that is another story.

"I now, in retirement, do collectors fairs... totally relaxing! (and makes a bit of money)

It is a pity and a travesty of justice that Tony Hughes, OO was not given the chance to compete in British colours at the Tokyo Olympics, and perhaps other Championships, as I am sure he would have acquitted himself admirably. Not only that, it would have been great for Oswestry School, and would have given me bragging rights to tell all and sundry that I had actually competed against an Olympian, thus relegating to second place my boast about having once been highly commended by none other than L S Lowry.

In the next and final chapter of the story, I will concentrate on events that unfolded after Tony put his spikes away in a cupboard, along with his medal collection.